Your Clients and Debt

There’s an adage that says consumers who are satisfied with their experience move on with their lives, but those who are dissatisfied take time to voice their complaints. Nowhere is this truer than in the collections industry, where complaints against collectors have led to the formation of multiple consumer protection bureaus, waves of regulations aimed at the ARM industry, and numerous court cases and financial penalties—all stemming from the process of collecting on a debt.

As a business tasked with collecting on money owed, it’s imperative to understand the laws put in place to protect the consumer. However, it’s also helpful to get a glimpse into the lives of the consumers who have these debt responsibilities. That’s what makes a 2017 report by the Consumer Financial Protection Bureau so important. The CFPB receives more debt-related consumer complaints than any other federal watchdog group. Since 2011, the Bureau has brought more than 25 debt collection cases against first and third-party collectors. These cases have resulted in over $100 million in civil penalties, $300 million in consumer restitution, and over $4 billion in debt relief to consumers.

The report, entitled Consumer Views on Debt, provides helpful insight on how all debtors feel about the collection experience. Instead of just looking at filed complaints, the CFPB surveyed consumers across the board on a variety of related topics.

What Data the CFPB Collected

The survey asked consumers if they had been contacted concerning a debt within the last year, and if so, details about their most recent experience. In addition, the survey collected data on disputes and lawsuits, preferences for communications with a creditor or collector, and each consumer’s demographic characteristics, general financial situation, and credit-market experiences.

Based off that study, and others like it, here are five things you need to know about the people who owe you money:

You are not the only person that they owe.

Of the consumers with a credit record who had debt in the collections process, 72% reported owing on more than one account. This might mean you’re in competition with other first or third-party agencies for the debtor’s expendable income. It also underscores the importance of account reconciliation when handling multiple accounts.

Their type of debt changes how they’re being contacted.

One of the most interesting findings came when researchers compared the contact rates of different demographic groups based off the type of debt they owed. Consumers who owed from credit cards or student loans were contacted at different rates depending upon their demographics and credit ratings. However, consumers with medical debt were contacted at near the same frequency regardless of their demographic profile. The numbers indicate a greater sense of urgency in collecting medical debt, possibly due to medical debt not carrying as large a credit report penalty as debt from other sources.

“Because of the new scoring model, individuals with a median score of 711—and an otherwise clean credit history, except for unpaid medical debts—may see their FICO score rise by 25 points … But consumers whose credit files are tarnished only by unpaid medical debts that went to collection agencies—but were ultimately settled or paid—are likely to see a much greater increase in their scores.” —New York Times

Most consumers you contact won’t agree with your records.

Over half (53%) of consumers who were contacted about a debt in collection in the past year indicated the debt was not theirs, was owed by a family member, or was for the wrong amount. Of those, 27 percent reported disputing the debt with a collector in the past year. Armed with this knowledge, having specific dates and origination details is very important for one call resolutions.

Most consumers feel they are called too much by collectors.

They have a much less positive view of collectors than creditors.

Consumers were much more likely to characterize calls from debt collectors as harassing compared to those from a creditor. In fact, over one-fourth (27%) said they felt threatened by the tactics of debt collectors and 75% said their requests to stop calling were not honored. Also, one-third of respondents said they were contacted at inconvenient times (between 9 p.m. and 8 a.m.).

Overall, creditors (the first-party owner of the debt) tend to communicate with a more relational and less threatening tone, as they tend to view the debtor as a future customer of goods and services.

This report sheds light on what types of experiences lead consumers to seek out protections like the Fair Debt Collection Practices Act, or abuses that violate the Dodd-Frank Wall St. Reform and Consumer Protection Act. It also reveals that kindness and professionalism in the collections process might soon become as important as compliance in this new age of consumerism.

Information is great, but it can only take you so far. How can you use this to improve your contact center? How can you better engage your clients? What new solutions might help end your collection nightmares? Click here to see how you can turn your call center into a contact center.

Looking for something specific? 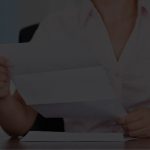 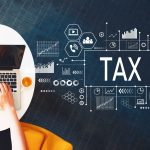 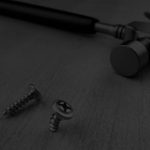